Delhi Public School Aligarh, held its Annual Athletic Meet 2019 on 25th November 2019 in the school playground. It was a time to commemorate the victory of the champions and a day filled with mirth, joy and thrills for the students. We at DPS firmly believe that it is through sports that a young, impressionable child can learn values like discipline, responsibility, self-confidence, sacrifice, and accountability.

After the lighting of the torch, the Annual Sports Meet was declared open by PVC Sir Mr. Swapnil Jain. Aspectacular and synchronized March Past was performed by the students belonging to the four houses namely: Chenab, Ganga, Jhelum and Ravi. The students solemnly pledged to uphold the spirit of true sportsmanship.The students of Classes I and II showcased Aerobics with great spontaneity and zeal. This was entailed by the events of Pre-K students such as Balloon Race with Parents, Frog Jump, Clown Race, 20 m Sprint etc., This is followed by Prize Distribution to the students of Play Group, Nursery and Prep.

The spectators were particularly enthused by the exhilarating Taekwondo performance showcased by the students. The zealous parents, gathered in large numbers, constantly applauded the enthusiastic young sports stars. ChenabHouse won the trophy for the best March Past and Jhelum House won the Cock House Trophy for the Athletic Meet-2019. The Annual Athletic Meet-2019 was a spectacular event with 100% participation from the students.

In his concluding speech, the Guest of Honour Prof. Asfar Ali Khan, Director, Directorate of School Education AMU, Aligarh praised the endeavours of the school and rendered his blessing on the students.The Principal Ms. Aarti Nigamthanked the parents and the students for making the program a great success. She also motivated the students to accept greater challenges in their life and always press on moving forward without looking back.

Thereafter a spectacular and radiant Grand Finale was presented by students of Class PG to VI. The spectators were particularly enthused by their performance and praised the student’s efforts profusely. This was followed by rendition of Vote of Thanks. The school playground rimmed with flags and balloons reverberating with the sound of cheers made everyone’s day which thus ended with a cheerful note and singing of the National Anthem. 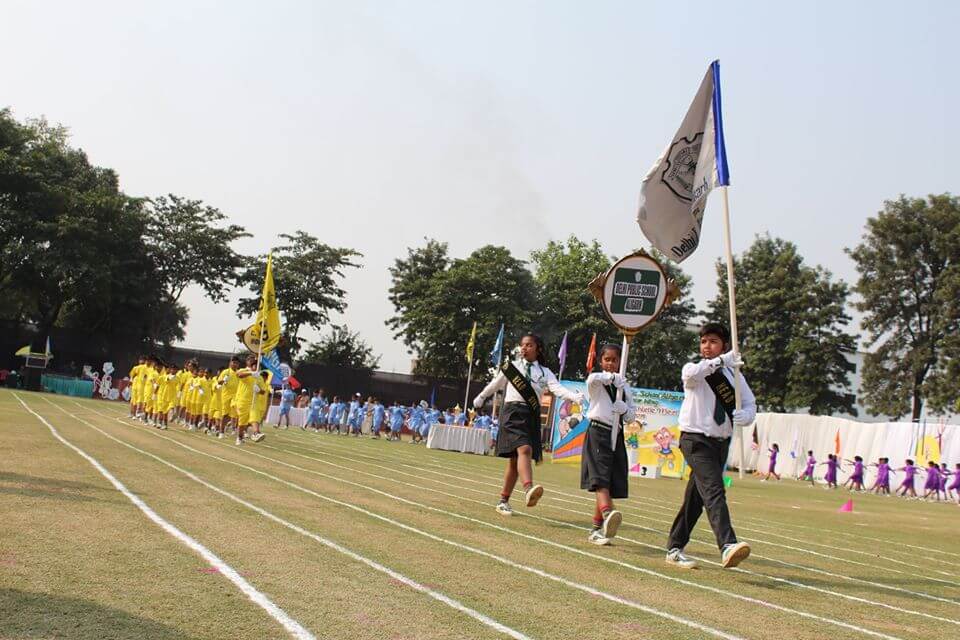 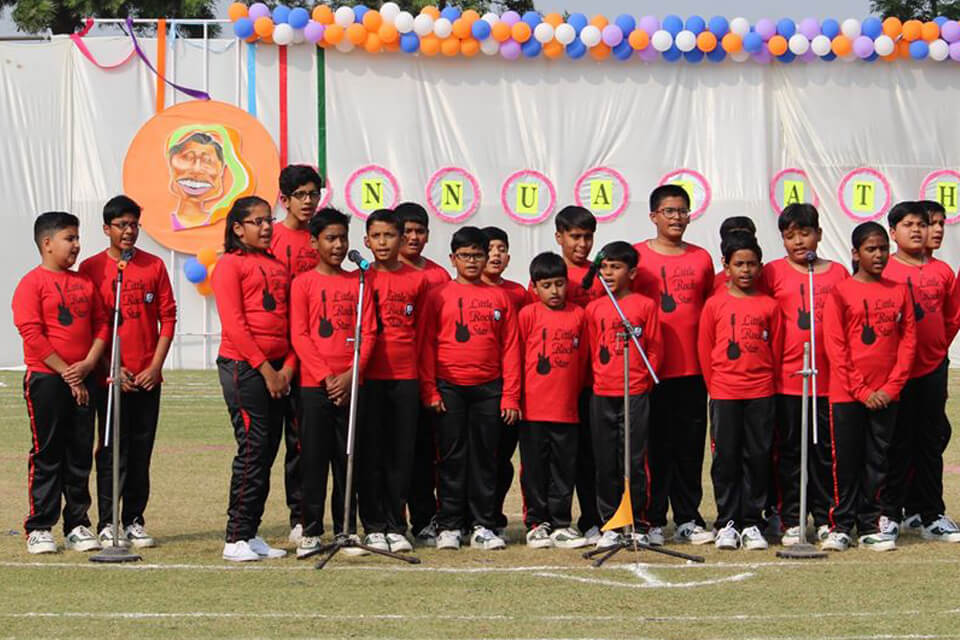 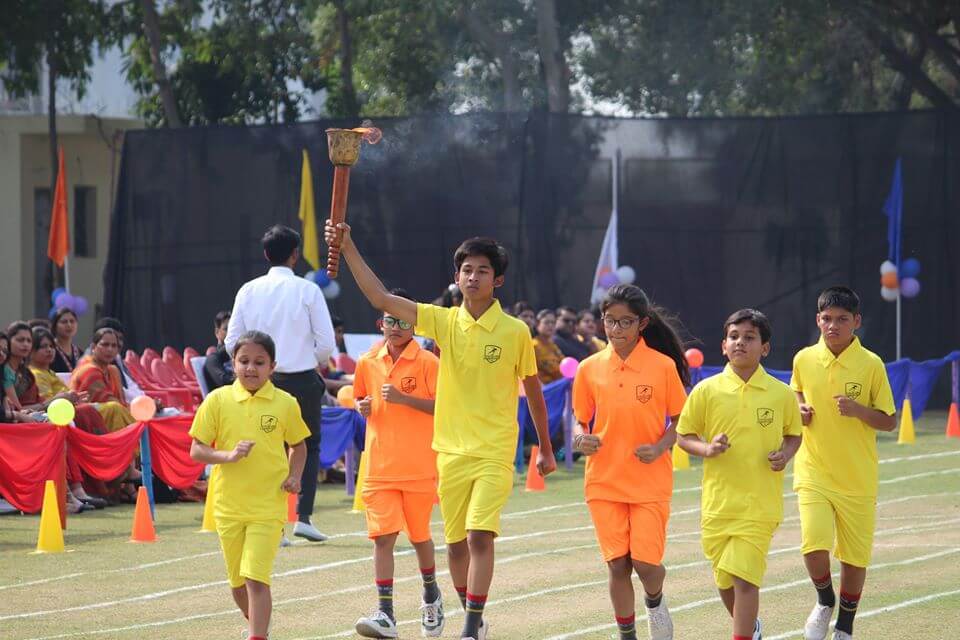 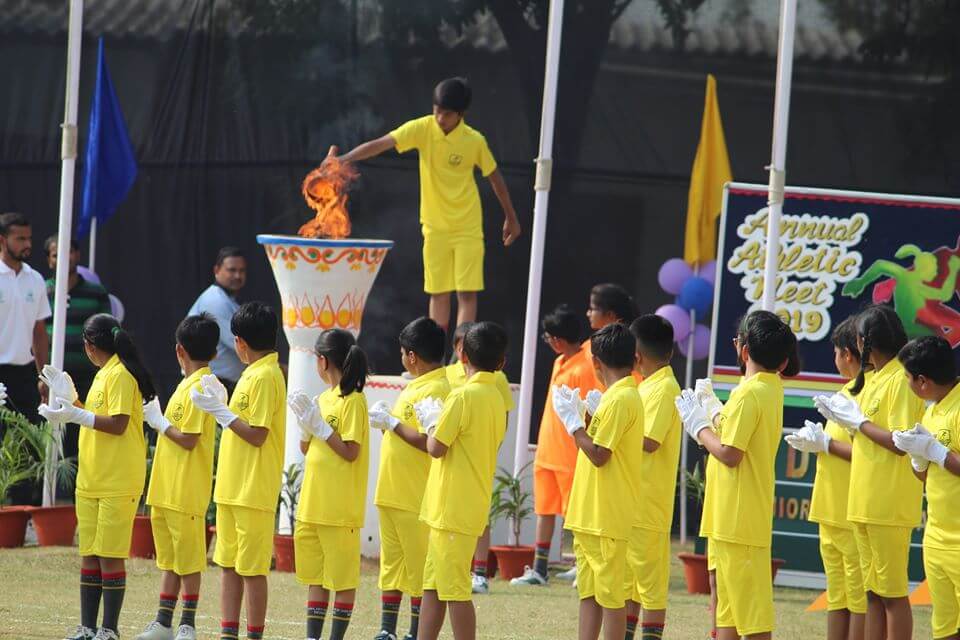 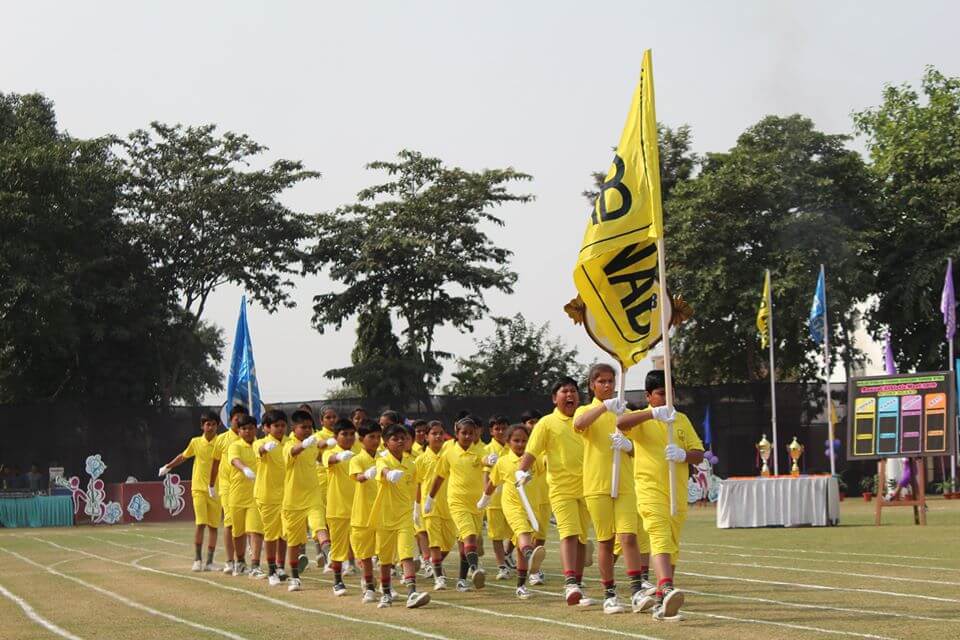 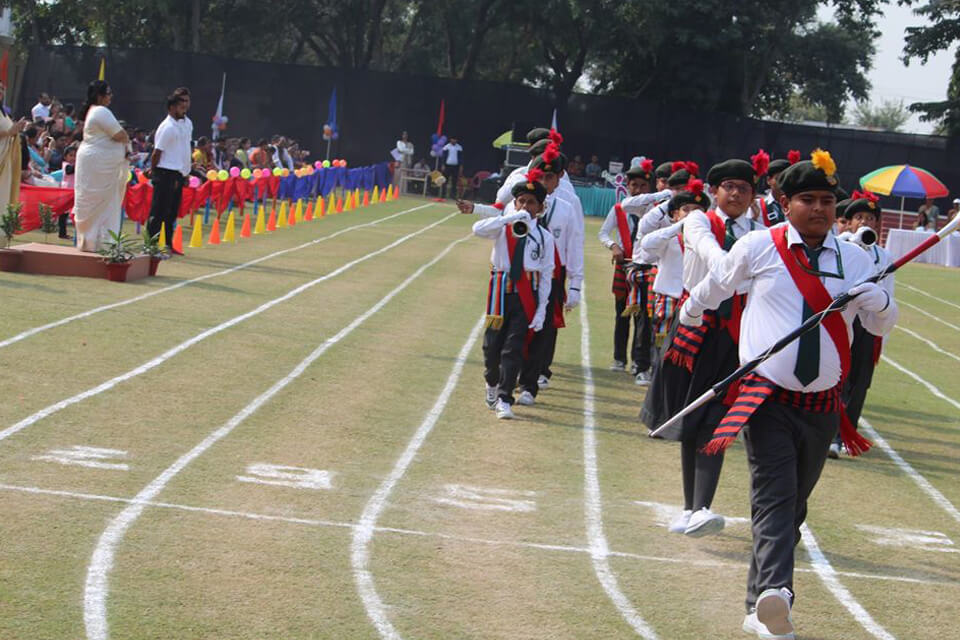 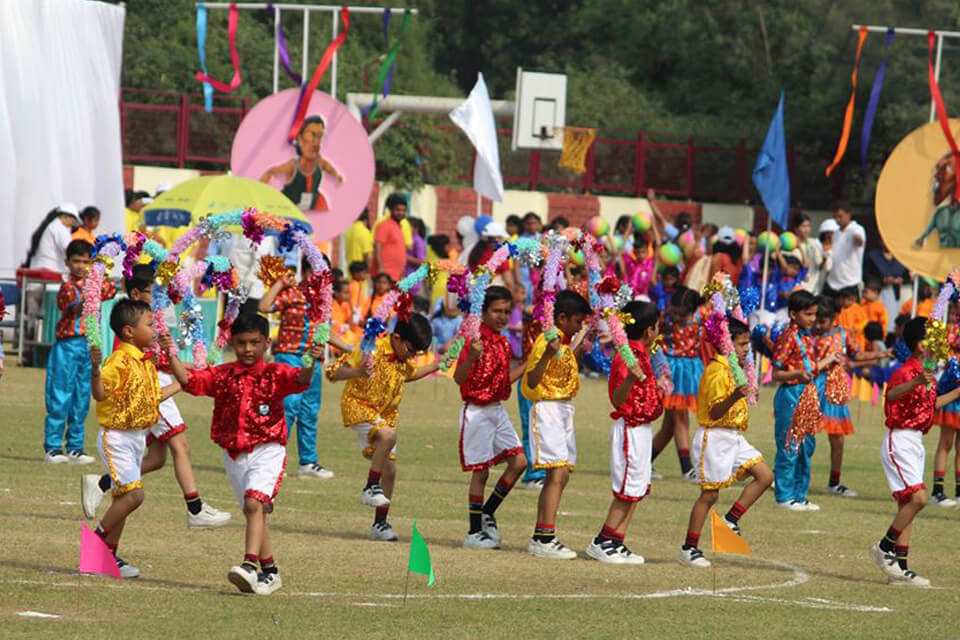 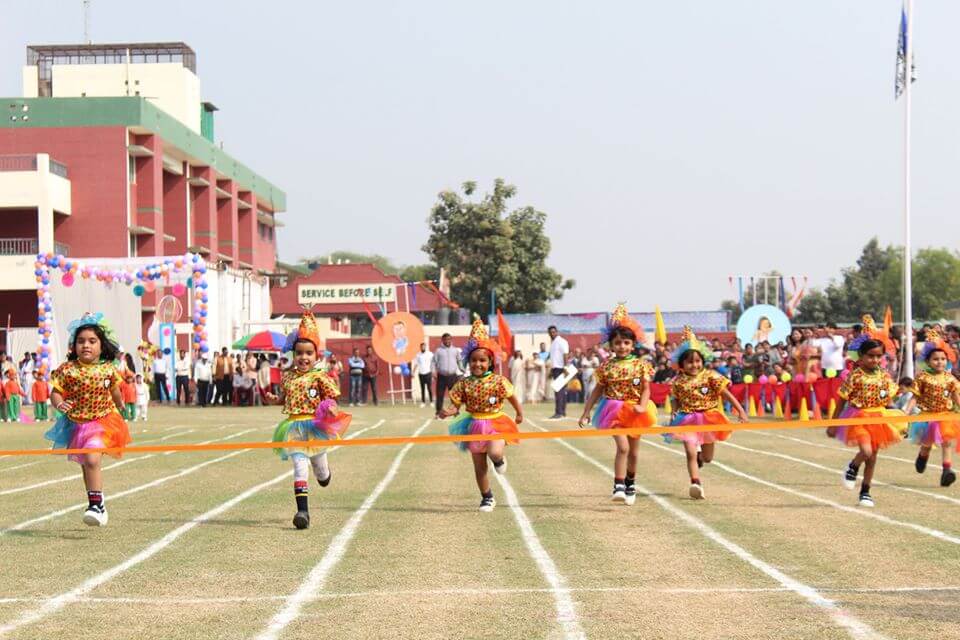 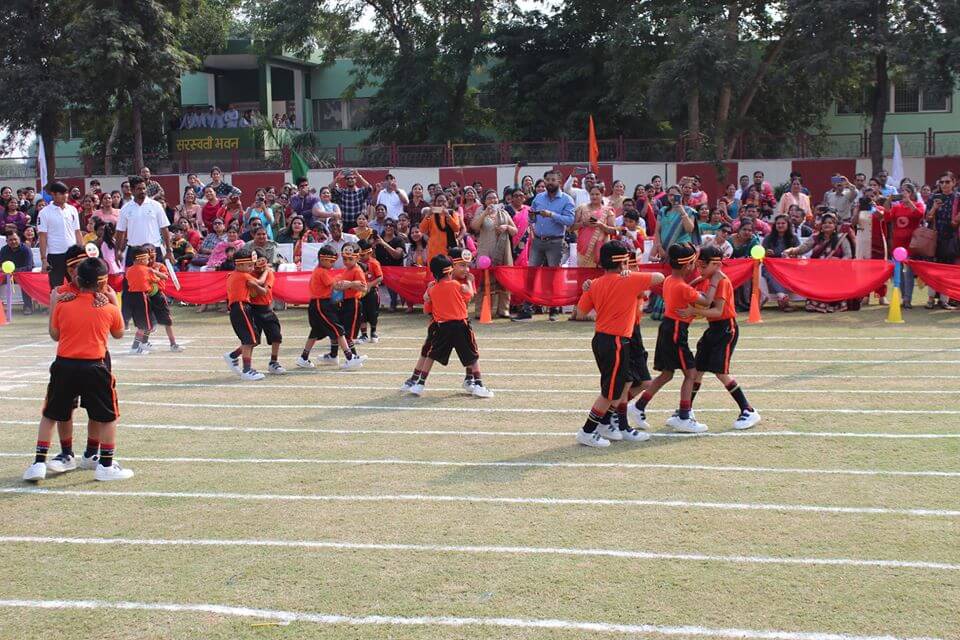 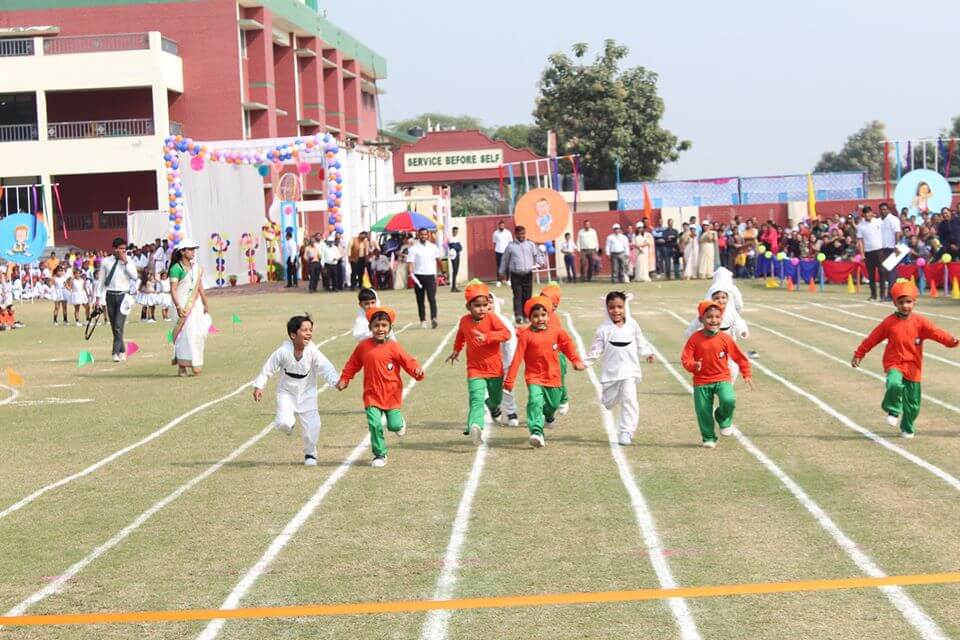